Hotfix 11.0.1 has just been released for the Halloween event. It's contains a few bugfixes and is compatible with the previous version.

Ghouls and goblins wander the streets, jack o’lanterns sprout like flowers, and everything seems a bit spookier than usual. What else can it be besides Halloween?

On the heels of version 11.0.0, we've put together a seasonal update to celebrate this All Hallows Eve. You’ll see some familiar faces and features this year, but Parabellum has given us the perfect opportunity to develop a few new things as well. Just read on...

The Return of SCP-330
During Halloween 2020, we introduced SCP-330, Take Only Two — a bowl of candy where each treat has a different boon or drawback to the person that consumed them. It was instantly memorable and the subject of at least two hotfixes after the release of the update. We've been dying to bring it back; Halloween provides the perfect reason to do exactly that.

Take no more than two, please.

Why go through all the trouble of making a new containment chamber for a temporary feature? Probably the most important change for SCP-330 is that it's here to stay. After Halloween, we'll be including an altered version of SCP-330 as a permanent addition to the game. We're aiming for version 11.1 or 11.2 to have this, but nothing is set in stone.

Something to bear in mind: SCP-330’s candies have dramatic effects for Halloween. Once it releases in its permanent form, they’ll be less impactful but still significant. In the meantime, we hope you like the changes we've made! 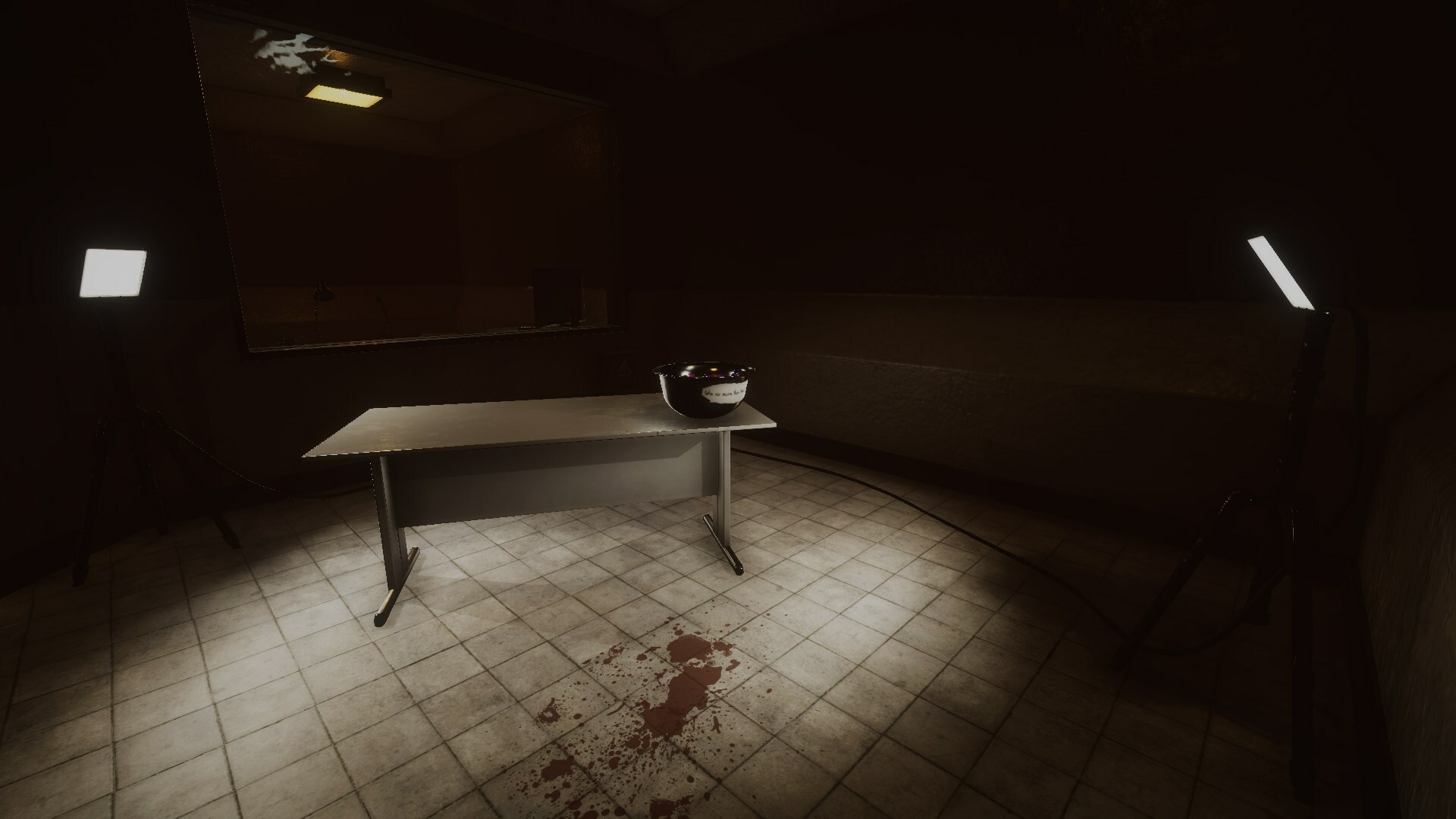 SCP-2176
You may have seen our teaser for this one. The idea for creating this SCP came from our Patreon community. Unique, interesting, and often anomalous, items are something we feel are a unique part of SCP: Secret Laboratory. For some time we've been wanting to add more and, just like SCP-330, now was a great time to do it.

Meet SCP-2176 - Ghostlight™. Outwardly, it's a fluorescent light bulb with an eerie green hue. Like other SCP items, it can be found in pedestals throughout the facility.

SCP-2176's key ability is creating electrical interference when thrown. Being a light bulb, it's very fragile, and shatters on impact. This releases the contained ectomorphs to wreak havoc on nearby systems. It can also be dropped, which will cause it to crack, and shatter after a short delay. Once the bulb has been picked up, it's too fragile to drop again without it cracking — use caution!

The light bulb's effects differ depending on the context in which it's used. If SCP-079 has locked down the room, shattering it inside that room will lift the lockdown. Tesla gates will be overloaded and will shut down briefly, allowing players to pass through them unharmed. Experiment to find out how to best use it.

We're also very happy to reveal that, along with being part of the Halloween event, SCP-2176 will be another permanent feature. We'll be aiming to introduce SCP-330 and SCP-2176 in the same patch. It all depends on the features’ stability and the feedback that we get. 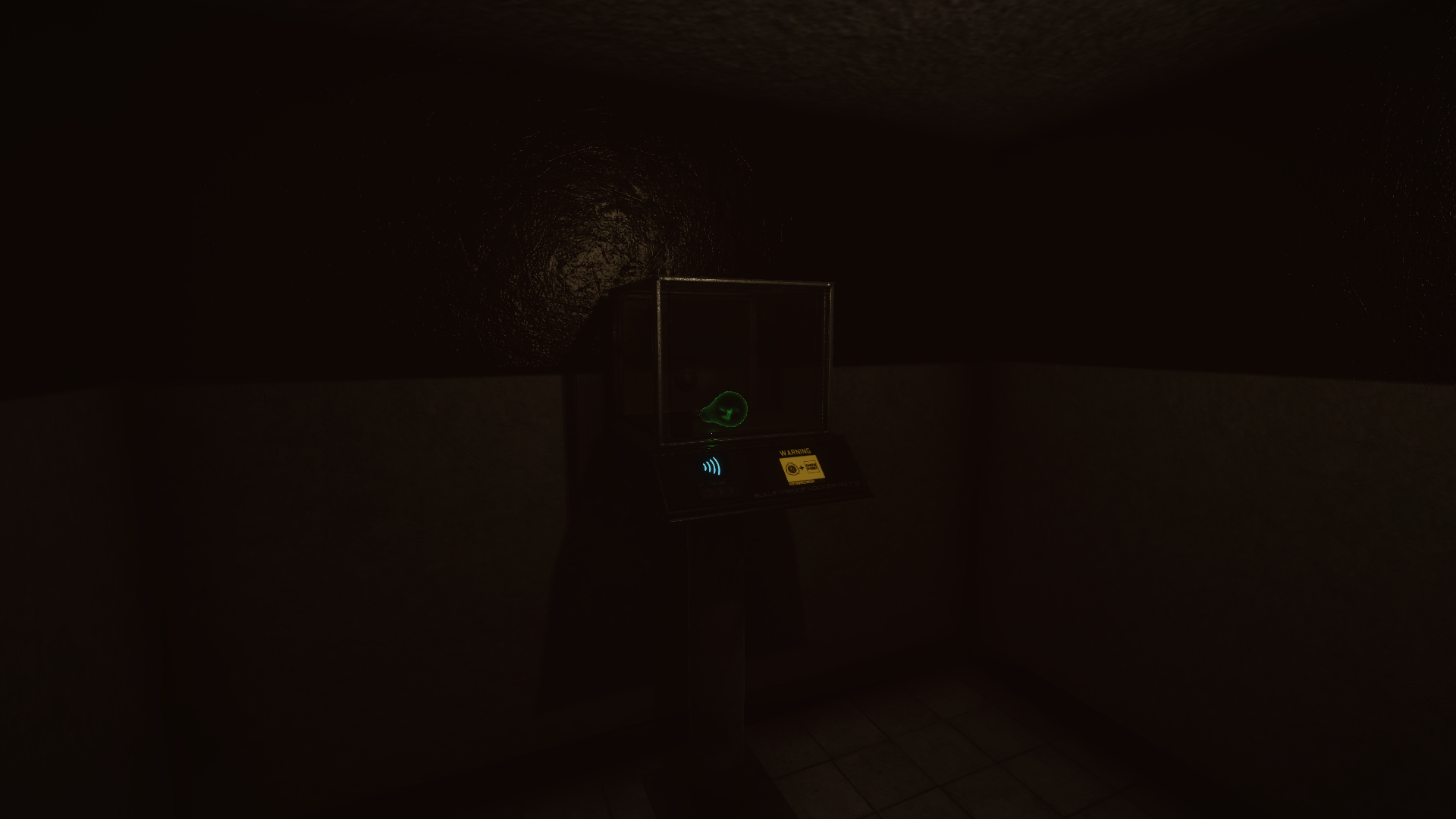 Visual Updates
A large collection of reskins and decorations have made their way to the facility. Many of these are back from 2020 -— many classes have retained their seasonal look, but some, like SCP-049 and 096, appear a bit different. The October decorations are in full swing, and Jackie has made his triumphant return.

Of course, we've taken the time to introduce additional decorations. In celebration of the harvest season, the fog has taken on an earthy shade and handheld flashlights have been replaced with rustic oil lamps. The facility is darker, meaning that portable light sources and the candlelight provided by decorations are not only atmospheric, but an important navigational tool...

Conclusion
There once was a bowl of treats
filled to the brim with sweets.
It took only one man
to take more than you can
for his hands to end up at his feet.

We found ourselves a shiny new light
To block out the dark of night
But a ghost it contained
that lacked some constraint
Made it end up locked in the Site.

Things have been crazy, that much is true
And it’s all right after the update, too!
But we’ve learned that games can bring us together,
and give us memories that people remember.
So tonight, we hope you enjoy this debut.

Have a happy and haunting Halloween!
View Article
By Northwood Studios


SCP: Secret Laboratory's biggest and most impactful update to date is now fully released. Version 11.0, also known as Parabellum, revamps a huge number of the game's core features. From a complete update of gunplay to the reimagining of the universe's most iconic character, no stone was left unturned in bringing this update to life.

If you've participated in the lengthy public beta, you'll have a good idea of what to expect. If you haven't, or you want to see the full extent of what Parabellum includes, read on.

SCP-173 Rework
SCP-173 is, in fact, the oldest part of the game that still exists today. When the game was in its infancy, there were two classes: Class-D and SCP-173. The Sculpture itself was the first class added to the game. Moving forward, it was a natural choice to include a revamp of the game’s oldest class.

We've discussed our reasons behind the rework and the path we chose for certain things more in a dedicated Steam announcement.

We're extremely pleased with the overwhelming support from the community, especially 173 and how the rework has been received. A lot of work has been poured into every aspect of the new Sculpture; from its artistically terrifying model to the ability kit itself (which may be the most revised part of the game we've ever had).

We're really proud of it, and we hope you enjoy it as much as we do.

Inventory Rework
Although it's a huge part of the update, SCP-173 was introduced into Parabellum after its other flagship feature was already well underway: the inventory and weapon rework. The inventory system is a key part of any human player's round, but in spite of that, it's been largely unchanged since its original inception — the interface has received some adjustment, and item limits were added, but the actual system and user experience was mostly the same. With version 11.0, we decided it was time to fix that!

In Parabellum, SCP: Secret Laboratory's inventory system was rewritten. Virtually none of the old code remains, and the result is an inventory that's snappier and more polished than its previous iterations. Every item in the game has received a new appearance, sounds, animations, and in some cases, new features.

You can see a full list of the changes we've brought to the inventory in the Patch Notes section, but some highlights include:

Gunplay Rework
The most significant part of the Parabellum update is the complete rework of the game's gun mechanics.

Like the inventory, guns were very old, especially script-wise. We've taken the time to upgrade the appearances of each gun in the game, as well as adding several new ones. Old weapons, such as the P90 and USP, were replaced with modern, original variants. From the humble LCZ pistol to the fearsome Logicer, every weapon in the game feels better to use.

A full list of changes can be found in the Patch Notes, but here are some highlights:

Patch Notes
If you'd like to read the full patch notes for this update, or you're a plugin developer, this section is for you. Below, you can find the complete list of changes made in version 11.0.0.

Balance Changes
With the revamp of the game's gunplay and one of the universe's most iconic SCPs, we felt like it was an opportune time to run a set of sweeping balance changes as well. We've made these after a lot of public and internal testing, and we're optimistic that they will help the game in the long-term, and make room for further improvements as development continues.

Spawning Tickets
The following changes have been made to spawning tickets:

Other
Finally, the following miscellaneous balance changes have been applied:

What's Next?
With the development cycle of 11.0 finally at an end, we can take a breather and start looking forward to the future. There are several internal plans and we've already started working on the skeleton for the next patch. Halloween decorations will be making their return and we'll hopefully be having a special event for the spooky season this year. After that, well... we can't give away all our secrets, can we?

See you in the dark.

We have just opened a new branch of the game called “Pre-Beta Staging” to help us further prepare for Parabellum’s final release.

This branch exists for us to directly get feedback on base game issues, without false positives being reported because of plugins. With that being said there is a no tolerance policy for plugins on this branch.

This branch will be updated more frequently. If you would like to help us test out the newest experimental features and bug fixes, please switch to the “pre-beta-staging” branch on Steam. Any issues you find can be reported here: https://support.scpslgame.com/bug-report

Please note we’re keeping the old “Public Beta” branch, as it will be updated only with things that are confirmed to be stable. The main difference is that the “Pre-Beta Staging” branch contains all the newest features, including ones that have the potential to be unstable. If you plan to stay on the normal Parabellum beta, we ask you to take note of the servers you play on while reporting bugs. If the server you are on is using plugins please include this in any report you send.

Thank you for supporting Northwood Studios and SCP: Secret Laboratory!

We are pleased to announce that the Parabellum update has entered the Public Beta stage. Everyone can now access the beta from Steam or Discord.

Accessing the beta on Steam can be achieved by right-clicking SCP: Secret Laboratory in your library, clicking properties, betas then clicking the dropdown menu and selecting “publicbeta”.

If you want to access the beta from Discord you can follow the instructions on this page of our website:
https://scpslgame.com/beta-access/ This page also has a support section for any issues you may have and a changelog for the beta.

With this being a beta not everything you see is final and can change, you may also find bugs or other issues. You can report these issues here: https://support.scpslgame.com/bug-report

We hope you enjoy the beta and thank you for supporting Northwood Studios and SCP: Secret Laboratory!